A CME accredited SIOG webinar on the management of elderly patients with lymphoma. Leading experts in lymphoma reviewed current available data on the care of elderly patients with this disorder, and provided evidence-based recommendations, as well as SIOG expert opinion for the approach to the care of older patients.
The webinar was live with Q&A for participants and real-time interaction with presenters. It was offered free of charge.

Matti Aapro is a medical Oncologist and member of the Board of Directors at Genolier Cancer Center, in Switzerland. He is a member of the Executive Board at ESO (European School of Oncology) and SIOG (International Society for Geriatric Oncology). He is President of the European Cancer Organization (ECCO) for 2010-2022. Dr Matti Aapro received his PhD in Medicine from the Faculty of Medicine at the Geneva of University in Switzerland and did part of his medical training at the Anticancer Center in Tuscon, Arizona (USA). He was Director of the Department of Medicine and Radiography during the founding of the European Institute of Oncology in Milan, Italy. His main interests are the development of new pharmacological treatments, breast cancer, cancer in the elderly and supportive care. He has been a board member of the European Organization for Research and Treatment of Cancer (EORTC) and president of MASCC (Multinational Association for Supportive Care in Cancer). He has also been a member of the Executive Board of the European Society for Medical Oncology (ESMO) and continues to hold many positions there. He chaired the Scientific and Organizing Committees of the World Cancer Congress of the Union for International Cancer Control (UICC) in 2008 and 2010. He is one of the editors of the Journal of Cancer Policy. He is an honorary editor of Critical Reviews in Oncology / Haematology, Associate Editor of The Oncologist’s Geriatrics Section, and Editorial Board Member of the Journal of Geriatric Oncology and Annals of Oncology. He has published more than 300 articles in peer-reviewed journals. He is an honorary member of AFSOS (French Association of Supporting Oncological Care), JASCC (Japanese Association of Supportive Care in Cancer) and RUSSCO (Russian Society of Clinical Oncology), honorary doctor of the University of Tampere and he has received awards from Acta Oncologica, SIOG, MASCC and ASCO (American Society of Clinical Oncology, BJ Kennedy Award). 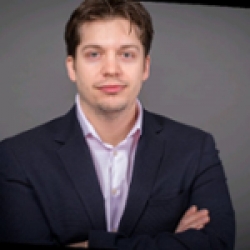 Konstantinos Christofyllakis is a specialist in Internal Medicine and a fellow for Hematology/Oncology at the Saarland University Hospital in Germany. He attended the Faculty of Medicine in the Democritus University of Thrace in Greece and graduated in 2012. He began his medical training in Frankfurt (Oder) in Germany and switched in 2016 to the Department for Hematology, Oncology, Rheumatology and Clinical Immunology at the Saarland University Hospital. He obtained his board certification in Internal Medicine in 2019. He is an active member of the German High Grade Lymphoma Working Group (DSHNHL) of the German Lymphoma Association (GLA) in phase III trials on diffuse large B-cell lymphoma in young and elderly patients, including the recently presented FLYER study and the ongoing OPTIMAL study. He earned the certification in medical oncology by the European Society for Medical Oncology (ESMO) in 2018. His medical thesis explores translational aspects of NK cell cytotoxicity and he has also been involved in translational research on SAPHO syndrome, rheumatoid arthritis and sarcoma. His clinical points of interest beside lymphoma and geriatric oncology include colorectal cancer, sarcoma as well as infectious complications and antibiotic stewardship. 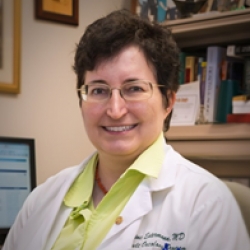 Dr Martine Extermann is a graduate from the University of Geneva, in Switzerland. She did her training in internal medicine and oncology-hematology in Switzerland, before joining Moffitt Cancer Center’s Senior Adult Oncology Program (SAOP) in 1994 for a research fellowship in geriatric oncology under the direction of Dr Lodovico Balducci. She joined the Faculty of the University of South Florida in 1997. Since 2017 she is the chair of the SAOP. Within the field of geriatric oncology, her research focuses on comorbidity and cancer, as well as the prediction of tolerance to treatment. Early on, she demonstrated that comorbidity was independent from functional status in senior cancer patients. She is also the author of the Chemotherapy Risk Assessment Score for High-Age patients (CRASH).
Her research was recognized in 2009 by the ASCO B.J. Kennedy Award for Scientific Excellence in Geriatric Oncology and in 2014 by the International Society of Geriatric Oncology (SIOG) Paul Calabresi Award. In 2015, Dr. Extermann was presented with a Lifetime Achievement Award in Geriatric Oncology by the German Society of Geriatrics and German Society of Hematology/Oncology in Basel, Switzerland.
She was a founding board member of SIOG in 2000 and served as its President from 2008 to 2010. One of her key goals as president was to develop a consensus on the top priorities to develop cancer care for older adults worldwide. These 10 priorities were published in 2011 and helped guide policies in the field. In 2019 and 2020 she led an update of these priorities, broadening the range of stakeholders, notably in the field of public health. These updated policies were presented at the United Nations in Geneva in 2019 and published in Lancet Oncology in 2021. Dr Extermann’s passion is to see the care of all older cancer patients worldwide improving.

Alden A. Moccia
Senior physician in the Lymphoma Unit at the Oncology Institute of Southern Switzerland (IOSI)

HIGHLIGHTS
He studied medicine in Lausanne (Switzerland) where he graduated in 2000. He trained in medical oncology and internal medicine at the Oncology Institute of Southern Switzerland (IOSI), the University Hospital of Lausanne and the British Columbia Cancer Agency, in Vancouver, Canada. He is author and co-author of several publications in peer-reviewed journals, site principal investigator for several clinical trials and the Swiss Coordinating Investigator for SAKK of the HD21 phase III trial.
CLINICAL ACTIVITY
He is a senior physician in the Lymphoma Unit of the Oncology Institute of Southern Switzerland (IOSI). Clinical activity in the field of medical oncology, with a specific focus on diagnosis and treatment of hematological malignancies, in particular, Hodgkin lymphoma, non-Hodgkin lymphoma, and multiple myeloma.
RESEARCH ACTIVITY
He is an active member of the International Extranodal Study Group (IELSG), of the Lymphoma Project Group of the Swiss Group of Clinical Cancer Research (SAKK) and of the local organizing committee of the International Conference on Malignant Lymphoma (ICML).
His research activity has been devoted to Hodgkin lymphoma and non-Hodgkin lymphoma with well-established previous experience in the development and completion of retrospective surveys. In 2012, he published with the Vancouver group in the Journal of Clinical Oncology a validation of the International Prognostic Project Score (IPS) in 740 patients with HL treated with ABVD.
Since 2015, he is the representative of the Swiss Group of Clinical Cancer Research (SAKK) within the German Hodgkin Lymphoma Study Group (GHSG) and he is the Swiss Coordinating Investigator for SAKK of the HD21 trial. He has been an abstract reviewer for the ICML and for the European Hematology Association (EHA) annual meeting.

Dr Emanuele Zucca was born in Turin (Italy) in 1957, he is married and father of two daughters.
He trained in internal medicine and medical oncology in Italy, the United States and England.
Since 1989, he has been working at the Division of Medical Oncology of the Oncology Institute of Southern Switzerland (IOSI), where he is presently a consultant and the head of the Lymphoma Unit.
His research programmes in the 1990s resulted in pioneering works on the application of molecular methods for the detection of minimal residual disease in lymphomas, to the elucidation of the effect of antibiotic therapy in low-grade gastric MALT lymphomas as well as the study of the antigen dependent mechanisms in the development of the latter.
Later he focused his research interest on the extranodal lymphomas. Dr Zucca is a co-founder of the IELSG (International Extranodal Lymphoma Study Group), which runs several co-operative clinical and pathological studies; Dr Zucca is author or co-author of more than 100 scientific papers published on peer-reviewed journals and of more than 80 communications at major international scientific meetings.
He is an active member of the European Society for Clinical Oncology (ESMO) and of the American Society of Haematological Oncology (ASCO).
In 2003 Dr Zucca was awarded with the University teaching degree of “Privatdozent” of Oncology/Haematology (associate professor) by the Faculty of Medicine of the University of Bern, Switzerland.

The SIOG Webinar on Lymphoma in older adults: research and treatment options in the COVID-19 era, Virtual, Switzerland, 15/03/2021-15/03/2021 has been accredited by the European Accreditation Council for Continuing Medical Education (EACCMEÂ®) with 1 European CME credits (ECMEC®).

Through an agreement between the Union Européenne des Médecins Spécialistes and the American Medical Association, physicians may convert EACCMEA® credits to an equivalent number of AMA PRA Category 1 CreditsTM. Information on the process to convert EACCMEÂ® credit to AMA credit can be found at www.ama-assn.org/education/earn-credit-participation-international-activities​.

Live educational activities, occurring outside of Canada, recognised by the UEMS-EACCME® for ECMEC®s are deemed to be Accredited Group Learning Activities (Section 1) as defined by the Maintenance of Certification Program of the Royal College of Physicians and Surgeons of Canada.

In Special Consultative Status with the United Nations Economic and Social Council (ECOSOC) since 2021.

This website uses cookies to improve your experience while you navigate through the website. Out of these, the cookies that are categorized as necessary are stored on your browser as they are essential for the working of basic functionalities of the website. We also use third-party cookies that help us analyze and understand how you use this website. These cookies will be stored in your browser only with your consent. You also have the option to opt-out of these cookies. But opting out of some of these cookies may affect your browsing experience.
Necessary Always Enabled
Necessary cookies are absolutely essential for the website to function properly. These cookies ensure basic functionalities and security features of the website, anonymously.
Functional
Functional cookies help to perform certain functionalities like sharing the content of the website on social media platforms, collect feedbacks, and other third-party features.
Performance
Performance cookies are used to understand and analyze the key performance indexes of the website which helps in delivering a better user experience for the visitors.
Analytics
Analytical cookies are used to understand how visitors interact with the website. These cookies help provide information on metrics the number of visitors, bounce rate, traffic source, etc.
Advertisement
Advertisement cookies are used to provide visitors with relevant ads and marketing campaigns. These cookies track visitors across websites and collect information to provide customized ads.
Others
Other uncategorized cookies are those that are being analyzed and have not been classified into a category as yet.
SAVE & ACCEPT
Powered by